Are we all guilty?

A guilty verdict for Chauvin, but are we all guilty?

It’s been impossible to turn on the TV, listen to the radio, or even greet someone in the street without reading or hearing about the George Floyd case. Held down gasping for air until he could no longer breathe, Black American Floyd met his death at the hands of white police officer Derek Chauvin.

Chauvin was subsequently found guilty on two counts of murder and one count of manslaughter, but what does this verdict mean for society? Does the guilty verdict pave the way for a more fluid society? Or has racial equality gone so far that it’s become taboo? 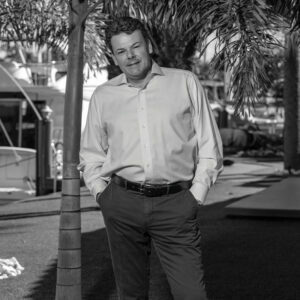 Does the guilty verdict pave the way for a more fluid society? Or has racial equality gone so far that it’s become taboo?

The Black Lives Matter movement is what Michael describes as a “wonderful, timely and much-needed movement to help with those officers and points of law that do not give the same fairness to poor, white, black, substance abusers and people with learning disabilities.” But what impact has Black Lives Matter had on public perception, versus the brutality exhibited by Chauvin having equal potential to have been racially aggravated.

Black Lives Matter has promoted the fact that there are seriously troubled areas in the USA where poverty and lack of education are rife,” says Michael. “Yes, in the good ole USA. However, most of these people’s education comes from three main streams:

1. Parents and their usually limited view of the world due to the same issues of poor education, family limitations, and poverty.
2. Tribes and peers. The streets talk and you follow or you WILL get hurt. It’s a law unto its own and respected and understood on the ‘other side of the tracks’.
3. Media and social media don’t tell the whole picture. Bigoted and narrow clips of information are pushed via certain channels to sensationalize a point of view, which in turn educates, and motivates its audiences. Without a mix of different education points we have trouble. So, Black Lives Matter yes! But it is not only the minuscule percentage of bad cops and judges we need to consider. It is that Black Lives Matter and people need to stop killing each other in the hoods too. Every day in the USA, the news tells us about children being shot in drive-bys. I’m talking six, seven, eight-year-old children as well as teens. Whatever their race, age, or demographic, everyone needs to be educated to be kind, helpful, and loving. Sadly, sensational and gruesome sells advertising space and goes viral on social networks.” 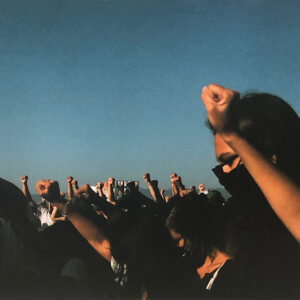 Racial unrest inarguably impacts our everyday judgments. But is this for good or for bad?

“Racial unrest tends to point out difference in management and ruling,” says Michael. “It does not help unless
the reporting is rounded. People tend to polarize issues and people. If social unrest is explained with steps towards a solution, then we have a useful platform. Just reporting the same clips over and over again is lazy, sensational reporting that does not help use the tour de force of the press and help people to think about what they are doing and how and when to change this. For example, looting during social unrest does not help the cause.

“Not all adults, not all children are bad or good. It isn’t that clear-cut”

“There is no such thing as equality, period. Humans for safety reasons have inter and intragroup rivalry. Intergroup rivalry is fighting within our own groups for power and strength and safety. Intragroup is fighting between groups for power and safety. This is human nature. Civility hopes to tame this so there is mutual respect and peace. We are not doing too well with this. Education plays a role in making certain that civil stays. Schools, parents, press, churches, etc all need to play a collective part. With understanding comes half the battle.

Not all adults, not all children are bad or good. It isn’t that clear-cut. We make mistakes and learn from them. This is civil and reasoning behavior.” I questioned whether media awareness of such campaigns as Black Lives Matter causes a build-up of frustration in people’s minds. Have we become so politically correct that ironically this could be causing a racial divide rather than ending it?

“It is not media awareness, it is what media and social media are ramming down people’s throats daily. There needs to be a reason card, a moral card”

“Certain media and social media stir up catastrophe and calamity in order to be popular and profitable,” says Michael. “So, it is not media awareness, it is what media and social media are ramming down people’s throats daily. There needs to be a reason card, a moral card. Have a forum on the news of people of all ages and races talking about their child/ brother/sister/ parent/grandparent who was killed by a shooter, DUI driver, stabbing, mugging, rape and on and on. Listen to how they feel about social justice and good and bad cops. They’ll tell you their rounded and very real idea of our world and what way we need to go forward with. Stop putting dressed up, pretty, fully loaded with makeup men and women on the news as anchors. Also choose good and kind things people are doing on the news… This will help lead by example which we all need.”

Wise words indeed, but what impact might the guilty verdict in the Floyd case have on policing and indeed public perception of police as a whole.

“There are great teachers, brilliant cops, great reporters and we need to hold these peo- ple high up in our societies and encourage them to spread the good and the positive.”

“The effects of the outcome of this case have already started to show,” says Michael. “Police recruiting has immediately plummeted, as it seems a very unsupported job in the opinions of the public due to the bad press. There are great teachers, brilliant cops, great reporters and we need to hold these people high up in our societies and encourage them to spread the good and the positive.”

Michael Padraig Acton’s next book, the first in the Power of You series, is Learning How To Leave:
A Practical Guide To Stepping Away From Toxic Narcissistic Relationships (paperback out July 2021) and available at Waterstones.