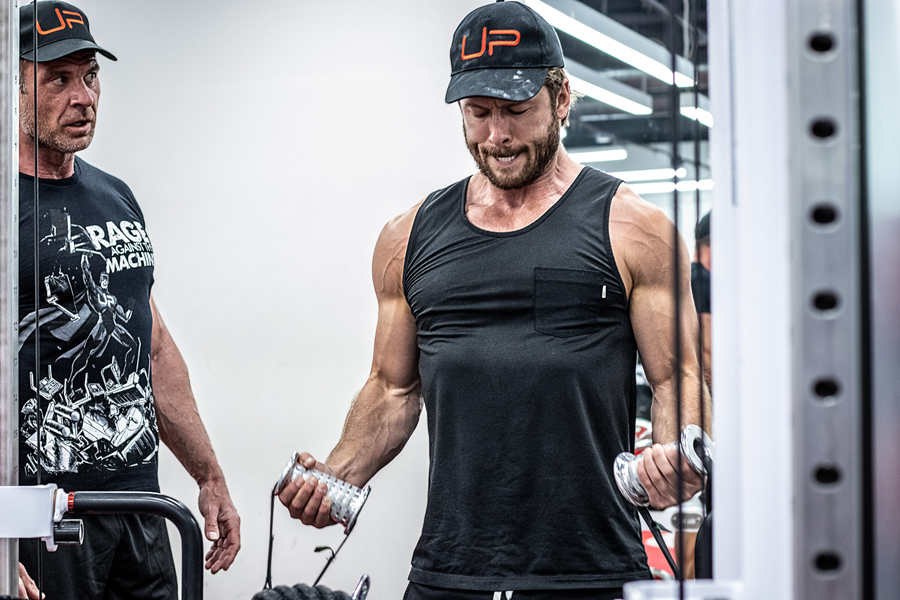 Shooting for the film began in 2018, and Glen had just seven weeks to hone his physique for a sequence in which he is seen shirtless playing American football– a homage to the iconic volleyball scene in the original film.

Glen wanted to reduce his body fat, build broader shoulders, a muscular chest, and sport a chiselled six-pack for the sequence. To achieve this, he enlisted the expertise of U.P., the world’s leading personal training business.

“We analysed what the ‘money shot’ would be to make Glen pop on camera. So, we concentrated on his ‘mirror muscles’ – chest, shoulders, traps, and abs.” 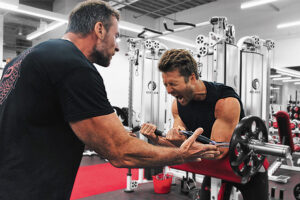 To ensure he was in absolute peak condition, Glen partnered with U.P. founder and Global CEO Nick Mitchell. Yorkshire-born Nick, stepped out of the boardroom and back into the gym to personally train Glen at U.P.’s Los Angeles facility and under his watchful eye, Glen saw astonishing progress.

Nick said: “The brief was to get Glen to look as good, and as lean, as possible in a very short space of time. We analysed what the ‘money shot’ would be to make Glen pop on camera. So, we concentrated on his ‘mirror muscles’ – chest, shoulders, traps, and abs. 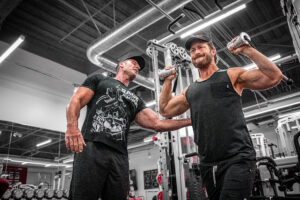 “We couldn’t build massive muscles in just seven weeks. But what we could do, was make Glen look leaner, sharper, crisper, and give him the look of strength and power. We didn’t do any kind of body building-style leg training. Instead, we focused on strongman-type exercises, such as pushing a sled, pushing a prowler and farmer’s walks to ramp up his metabolism and burn calories.

“You will always get people saying: ‘It’s easy for a pampered celebrity to get in shape.’ But don’t be stupid. Glen was part of an ensemble cast in one of the biggest Hollywood films in decades, starring alongside Tom Cruise, the biggest movie star in the world. His life wasn’t his own.

“Glen is a very dopamine-driven guy that loves high energy, hard, all-out exercise. And that speaks to my soul.”

“It was down to Glen to get up at 5 am and lift weights. He didn’t have a personal chef, so he had to prepare and eat the right foods, fit his training around a manic schedule of filming late into the night, reshoots, looking at scripts, learning how to fly, and so on.

“And so, were always rushed. We only had three or four hours a week a week to train. But Glen is a very dopamine-driven guy that loves high energy, hard, all-out exercise. And that speaks to my soul. He went all-in, and he achieved tremendous results.

“It really was genuinely great fun, and a genuine pleasure, to train Glen. It was uplifting to be on the gym floor with him. He is the most upbeat, positive person you’d ever wish to meet.”

Glen’s diet was kept very simple. His busy and hectic schedule, with long days on set filming and often unpredictable changes to his daily routine, meant that micromanaging his food was not the optimal approach for him. Instead, he was given a calorie and protein target with a focus on the core principle of “eating from the land.”

This meant Glen principally stuck to the types of food that you can kill, pick, or pluck. When you have a very finite and short amount of time, finding a plan you can stick to and follow consistently is key.

Glen aimed for 2800 calories, eating three-four times per day, with an emphasis on protein, targeting 200g. His carbohydrates and fats, however, were kept flexible so long as he stayed within his calorie target. He avoided any dairy products due to gut health issues.

One day a week his calories would be dropped to roughly 2000 with a focus on animal protein sources, such as chicken breast, aiming for less than 100g of carbohydrates, with the rest of his calories coming from good quality fat sources.

During his transformation, Glen only used a handful of supplements to support his progress and help to give him an edge.

With his filming commitments, Glen had limited time in the gym (1 hour, 3-4 times a week), so his program was largely based on bringing out the mirror muscles for maximum screen impact.

When time allowed, additional strongman and abs focused sessions were added. Due to time limitations, Glen didn’t train legs whatsoever to necessitate frequency of stimulus on the upper body and encourage maximum recuperation.

*As Many Reps As Possible 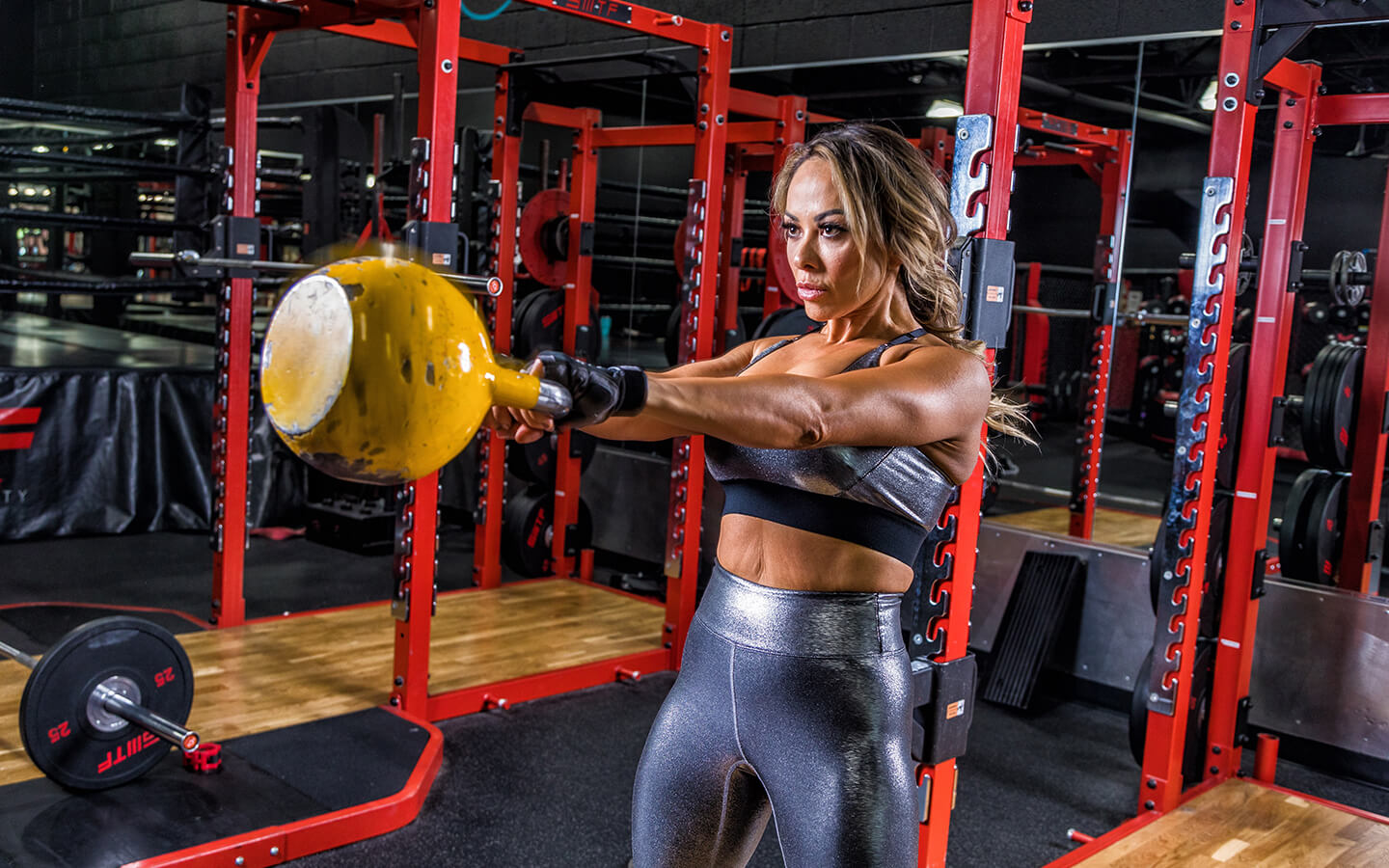 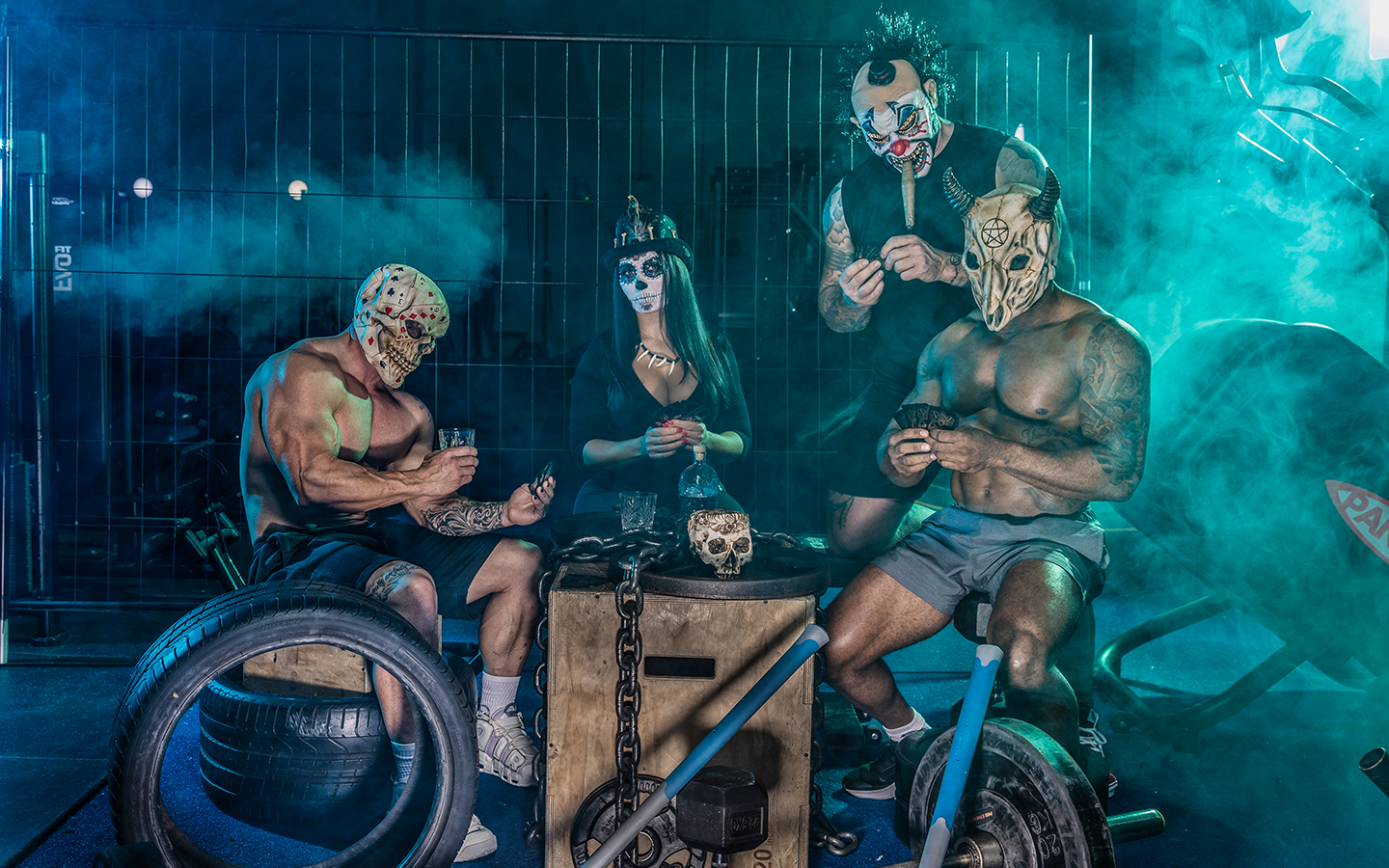 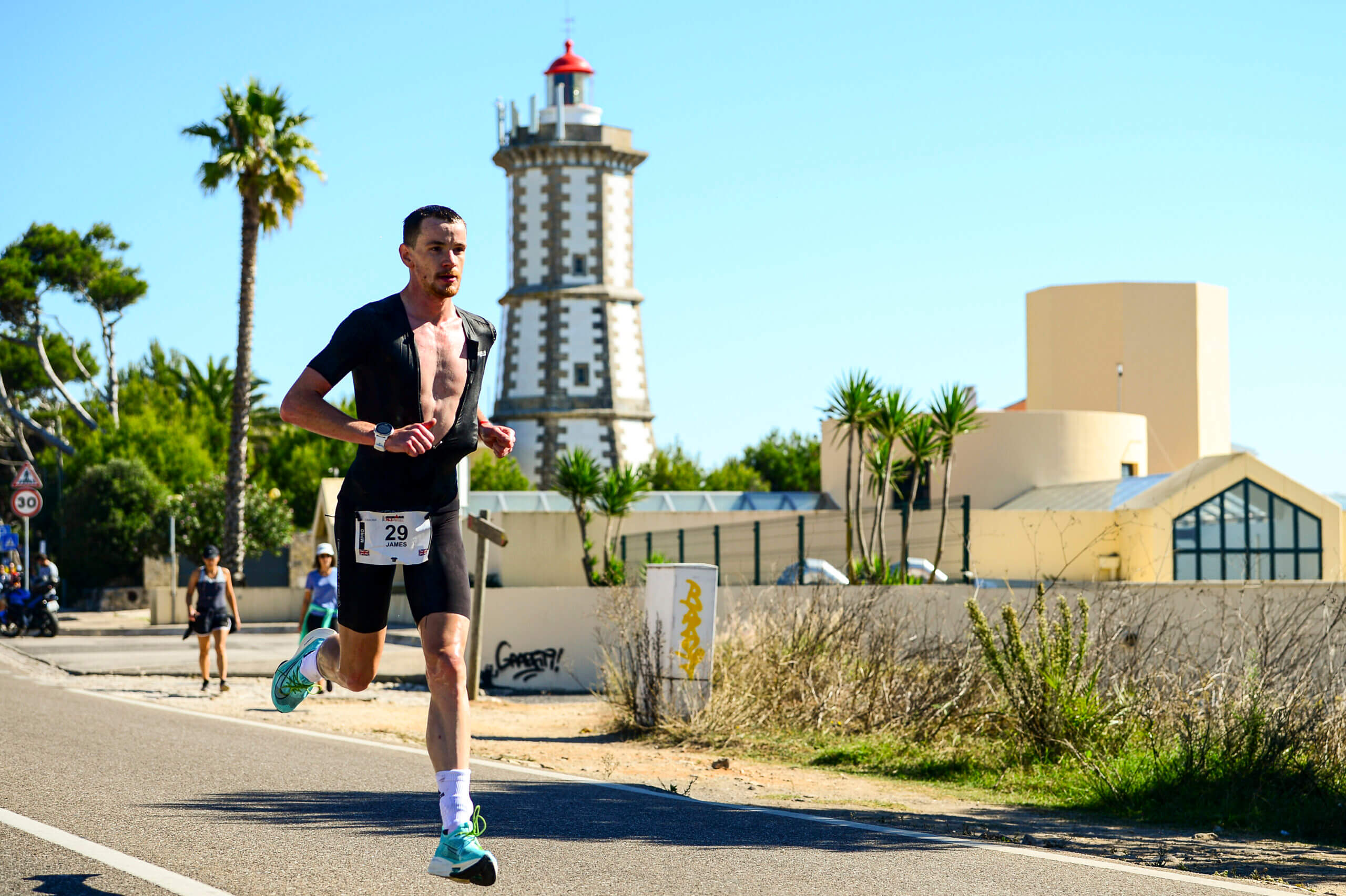