Channel the Olympian in You: 3 Medallists’ Favorite Bike Routes

Wondering what routes are favored by the cycling elite? Leisure Lakes Bike has you covered!

“The freedom of being on a bike is massive. It completely takes you away from the caged feeling of being in the house,” says Elinor Barker, Cardiff-born road and track racing cyclist who has quite a few wins under her belt, including Olympic medals and world championships.

But for Elinor, cycling the route to success is all about the small trails. The journey to the Olympics starts from training hard on the bike routes near one’s home and beyond.

Leisure Lakes Bike’s electric bike division have taken a look at the everyday cycling routines of three British Olympic cycling champions as seen on social media to chart some of the best bike routes in the UK. Here’s where to train like an Olympian! 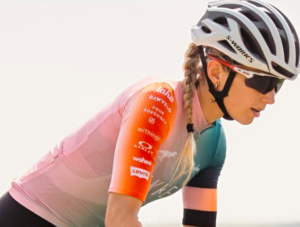 Although born in Cardiff, Elinor lives in central Manchester, and it’s in the surrounding areas of the big city where she finds her haven of cycling. Her love for cycling in the countryside is beyond evident as she often posts shots from her scenic routes on Instagram that can take your breath away.

“I’ll never get bored of riding around the Peak District. The UK has to be one of the best places to ride a bike when the weather is good – and the payoff for the rainy days is all the green it leaves behind,” says Elinor in one of her posts.

The Peak District, located at the southern end of the Pennines, is home to a number of bike routes that go along stunning views and mesmerizing wildlife and geology. From gentle traffic-free routes to more difficult ones, from gravel to tarmac, there is something for everyone. This makes the Peak District the perfect spot to bring along your electric bike designed for gravel as it is the best ‘do-it-all’ bike that will power up your ride.

One specific bike route that Elinor Barker favors in the Peak District is the Goyt Valley, which consists of the challenging climb point Pym Chair. It lasts for 0.6 miles and connects to an abundance of less advanced and versatile trails. Two reservoirs, Errwood and Fernilee, also make up the route’s scenery. To top up your scenic adventure, go off the beaten track and head towards the ruins of Errwood Hall, an astonishing Victorian mansion from around 1840.

Philip Hindes – The steeps of Innerleithen

Philip Hindes is a two-time Olympic cycling gold medalist. Born in Germany, he dedicated his junior years to competing for his national team until he switched to the Great Britain Cycling Team in 2010. During the London 2012 and Rio 2016 Olympic games, Hindes won his team the gold.

Now, at age 29, the great cyclist is retiring. On his social media, Hindes wrote: “Having been a cyclist for so long has been incredible, and I have really lived and loved my career”.

But what cycling route has paved the way to success for the Olympic medalist? Living in Scotland, Philip Hindes is often seen cycling in Innerleithen Bike Park – an official trail centre renowned for its downhill mountain biking trails and gravel and road routes.

Located in Tweeddale in the Scottish Borders, there are four main waymarked routes within the bike park that intersect with scenic views. They range from super-steep, natural trails in the woods to wide-open, freeride-type trails and form a loop of 37.29 miles with an elevation gain of 4,793 ft.

Joanna Rowsell competed for the Great Britain Cycling Team, and she won gold medals during the 2012 London Olympics and the 2016 Rio Olympics, alongside five world championships. In 2017, she announced her retirement also at the age of 29.

“I’ve had the privilege of traveling all over the world to ride, but one of my favorite places to train is in the Pennines north of Manchester,” says the gold medallist. The Pennines offer a range of routes from moorland tracks to super steep climbs.

But Joanna’s most favorite ride of all is Cragg Vale, located in Mytholmroyd, and is over 5.5 miles long. It’s known as the longest continuous gradient in England, rising at 968ft. But the spectacular views that unfold on top of it are definitely worth it. “Whenever I’ve conquered the climb, I’ve left satisfied I can then enjoy a nearly-all-downhill ride back home,” says Joanna Rowsell.

You don’t have to be an Olympian to tackle some of the most challenging bike routes or enjoy a scenic view on a leisurely bike ride. The UK is home to a range of bike trails suitable for both beginners and professionals.

GET ON YOUR BIKE THIS WINTER by equipping yourself with our recommended essentials.