STRONGMAN CHAMPION’S LEAGUE- IN A LEAGUE OF THEIR OWN

Founder of the Strongman Champions League Marcel Mostert has been in the sport for over 30 years. The Portuguese heat took place in Esposende this August and despite COVID audience restrictions, it certainly didn’t fail to entertain! 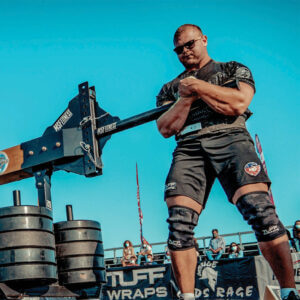 “I feel like a veteran,” says Marcel. “If there’s anyone who knows everything about Strongman, it’s me!”

Twelve competitors battled it out over the course of five grueling events in a bid to take podium place.


“All the guys are good all-rounders, if they weren’t they wouldn’t have made it here,” says Marcel. “But some of them have specialties. For example, Kelvin de Ruiter is the double world champion for truck pulling. Travis Ortmayer is known as ‘The Texas Stoneman’ because he’s the best on the stones. Travis and Kelvin are also good on deadlift, as well as Jonathan Cotton from the USA.

“We have 16 stages all over the world throughout the year. On average each man will compete in ten stages. It’s tough on their bodies. Last week we were in Finland, now we’re in Portugal and next week we go to Germany. Each event win earns the competitor 25 points and second place is awarded 18 points. These go towards their ranking and we’ll crown the world champion in November at the Strongman Champions League final in Turkey. My favorite is of course Kelvin because we’re both from Holland, but I think Travis will take it today.” 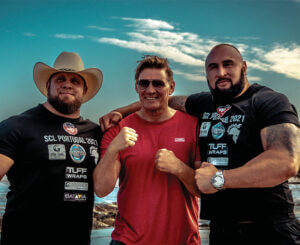 
Despite taking the lead by half a point, Ervin Toots was pipped to the post in the final event by Travis Ortmayer, who flipped his way to victory. Kelvin de Ruiter took third place.

Everyone wins at Strongman Champions League

Each and every one of the giants who stood before me had a tale to tell with which he exuded an air of humility. The camaraderie between the competitors was matchless. Strongman is undoubtedly the friendliest, most unassuming sport I’ve ever explored. Twelve men, one passion, one heart, one goal.


From World’s Strongest Man to boxing fit! Read the Muscle and Health exclusive with The Beast himself in EDDIE HALL- BEAST MODE ON!