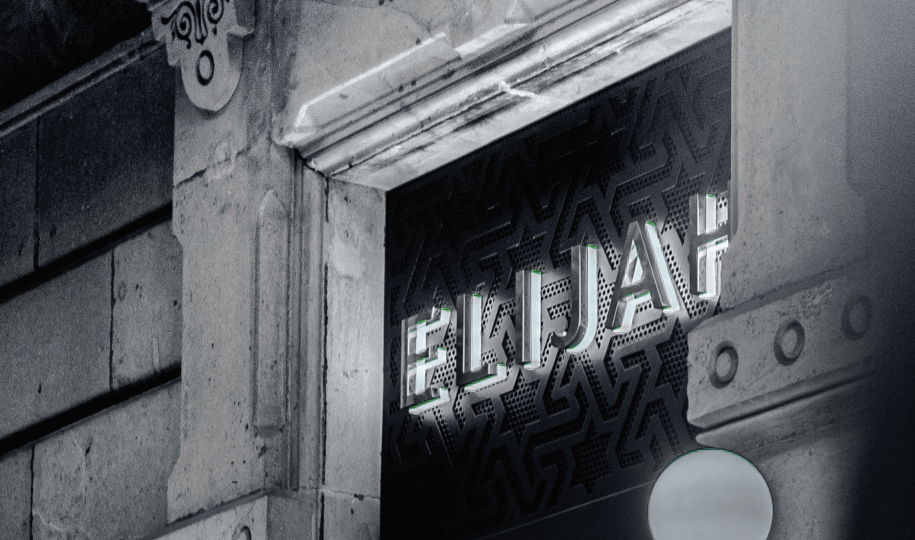 With 2.4 m devoted followers on Instagram, British model Stephen James has established himself as one of the most influential talents on the planet.

Scouted in Barcelona in 2012, Stephen became ELIJAH. His Barcelona barbershop of the same name now hosts a fully- fledged gym and tattoo studio and attracts high-end clientele from around the globe. Having recently launched his latest ELIJAH hair range, I wanted to tap into Stephen’s shit hot strategy. 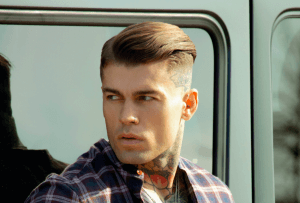 “I first came to Barcelona around eight years ago,” says Stephen. I was playing professional soccer at the time. I loved the fact you could enjoy city life whilst also having the beach and the mountains within a stone’s throw. Modeling meant non-stop travel and I wanted to find ‘home’. I decided to set up a permanent base in this beautiful city.”

Three years ago, Stephen embarked on a journey to launch his own business, right in the epicenter of the Spanish hotspot.

“ELIJAH began as a barbershop,” he says. “The notion developed from understanding precisely what the modern man really represents. I wanted to put luxury into men’s grooming.

ELIJAH grew to become a one-stop- shop for people to discover new ideas, find their own style, and create new links through barbering and tattooing. Growing a physical business meant spending long hours at the shop and I wasn’t getting to the gym until late at night to train. So, I decided to bring the gym to me and utilize the free space the premises housed downstairs. The gym has been open to the public for six months now and really completes ELIJAH as a destination for like-minded people.”

“The hiring process and a work ethic at ELIJAH cannot be matched. Seven days a week, we are training the team or looking for new members to join us or new locations to set up. Only with complete dedication am I able to off er a true, complete ELIJAH experience.” 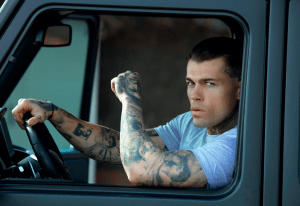 Stephen insists that if you want to be the best, you have to work with the best.

“From the very beginning of my journey as a model and on social media, I aimed high,” he says. “I always moved  with strategy and knew I could offer something that was missing at the time. Whether I’m collaborating with an individual or a brand, I always limit myself to working with a niche pool of elite partners. Never undervalue yourself.”

Hair, tattoos, working out. Every man’s dream, but which of the three takes the lead in Stephen’s life?

“Training will always be top of my list,” he says. “Training has presented me with so many opportunities in life and to grow professionally, previously as a soccer player and now as a model and gym owner. Of course, my motivation always has its highs and lows and when you’re busy traveling and running a business, fitness sometimes ends up on the back-burner.

“I train hard and I’m always on the go, but admittedly the diet factor is my let down. I just try to get adequate protein in the day and eat in moderation. The next step is to implement a strict diet routine; it’s the missing piece of the puzzle! That said, over the past year where my physique goals are concerned it’s all just come together, the muscle mass is piling on and I feel full of energy.

“I do love my tattoos too! I’m not sure how many I have; I’ve lost count. It’s impossible to keep track when you’re as covered as I am – and when you have a shop of incredible artists ready to go when an idea comes to mind. But if I had to pick a favorite, I’d probably say the James Brown portraits I have.

“I created the new ELIJAH range because it’s something I always felt was needed, even years before opening the shop. I spent so much time going to different shoots or salons around the world and never found products that performed the way I wanted them to, or smelt the right way, or had packaging that looked modern, luxury, masculine. I created ELIJAH in partnership my long-term agency, Unsigned Group. It’s the modern classic, and it was the natural evolution in the ELIJAH brand after opening the barbershop.”

The most valuable player in esport history

Venice Beach eat your heart out!