anthony lolli’s heart of the deal

There’s a unique quality present within all serial entrepreneurs. It’s a certain X- Factor, a self assurance that leaves you wondering how long they’re taking up residence at the White House or solving world hunger. New York real estate mogul Anthony Lolli has this trait in abundance.

From humble beginnings, Anthony unearthed the catalyst to achieve uber success, with everything he touched turning into gold.

“I started my career when I was very young, I was 19 years old, and I became a multi-millionaire in real estate by the time I was 23” he begins with a cool air of confidence. “I dropped out of college and I said, ‘that’s it, I want to focus on real estate’. I took a one-week crash course and ended up falling in love with the business. It was so easy. I made $2,000 in 15 minutes. And I said, ‘man, to make a million dollars a year, it’s only $3,000 a day’, I could do that, no problem.

“After closing my first deal, I was like a vampire tasting blood. I said, ‘wow, I’m making more money than a doctor. And I only had to go to school for a week’. I was hungry to change my family tree, because early on, I recognized that we didn’t have a lot of money, although we had a lot of love and caring. I knew that money was a great vehicle to provide more time with my family, and also to have certain luxuries in life, and that was like the chip on my shoulder, I wanted to be successful. I grew up in New York City, which is the mecca of hip hop, so I listened to a lot of rappers like Jay Z, Puff Daddy and Biggie talking about the finer things. So, I was indoctrinated into wanting a better life.

“I started my own real estate brokerage, and then expanded it to a national franchise. Throughout that time, I was also buying and leasing out, and developing real estate. The franchise opened over 100 locations nationally and became a really big brand. In fact, it was so popular, 105 people tattooed our company logo on their bodies. I had grandmothers tattooing my logo on them. Somebody wrote an article about it and it went viral. It was on over 3500 news stations, and we were inter- viewed from all over the world. That was pretty cool!” he beams.

“Somebody came and did a computation, and said it was almost $20 million of international exposure. Everybody wants to have a story go viral, for Kim Kardashian or Paris Hilton, it’s a sex tape for us, it was a tattoo.

“Then, I started a real estate school, and it became the second largest in New York City. It licensed over 40,000 people to get into the real estate industry, which was awesome. And then, of course, I got into the billboard industry, I had over 70 billboards on buildings and off the highways, all over New York City. I really was a true entrepreneur, getting involved in so many different aspects of real estate and marketing, it was an awesome, awesome career. I ended up selling my real estate school and my brokerage but continued real estate investing. I was often called to be a regular contributor in some of the most popular newspapers and news television stations, talking about the latest trends, interest rates, and the market. It was great to get that exposure and be known as the go-to real estate guy.” 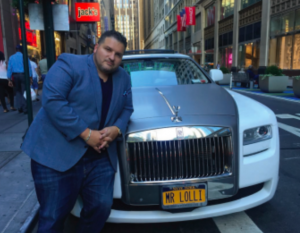 Not satisfied with expediting two multimillion-dollar deals for companies he took from conception to life-changing success, Anthony then set his sights on becoming an author. “I wrote a book, The Heart of the Deal, that became an international bestseller, which pushed me into speaking all over the world on stage. I did a world tour, sharing my story of how I became successful, and got to speak next to other popular speakers like Gary Vaynerchuk and Grant Cardone.

“As a leader and a CEO of your company, you’re always speaking, mentoring and training. So, I got all my jitters out with my own staff. Being in front of ten thousand people in a stadium can sometimes be nerve-racking, but you’re the only one with a mic.”

Having conquered many facets of the business world, Anthony upholds that his family is at the forefront of his motivation, being the ultimate driver to push forward to achieve unrivaled achievements. “My parents inspired my grind and hustle. My mom was an immigrant from Ecuador who came to America with $20 in her pocket. She lived in an abandoned building and worked in a sweatshop. My dad was a world war two veteran, who became a public-school teacher. At night he would go out and take pictures of people with his trained bird on their shoulder, to make ends meet for the family. I recognize that they both had to work to provide, so I wanted to be in a position where they didn’t have to do those things anymore. I grew up knowing that you have to work hard, be determined and diligent. But I also wanted to work smarter. I was the new generation, and I was going to take advantage of every tool that was available to me.” 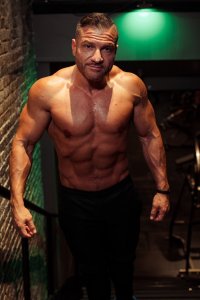 Anthony enjoys married bliss with his wife, Tereza and now affords the luxury of precious time with his two young children.

“I waited till later in my life to have children so that I can enjoy them. Often, people don’t get a chance to, because they’re trying to build their life and career, I did the opposite. So, now I can really sit back and pour my time and my energy into my kids, they’re my best friends. I put a lot of resources into training and mentoring them.

“When you get to a certain level of success, it becomes more about wealth preservation than wealth creation. But when you start having a family, you want to continue to create additional wealth, but at the same time, pave the way for your children to create their own wealth.”

True to form, after overhauling his financial wealth, Anthony embarked on a similar undertaking with his health and lost an awe-inspiring 125 pounds in just nine short months. His journey was documented and has since become a smash hit on Amazon Prime. Turn to page 66 for his jaw-to-the-floor transformation. Naturally, his newfound quest to become the pinnacle of health also birthed his next business venture, Radical Body

Transformations, its MO being to help others become healthy and lose weight. “We coach you, give you an accountability partner, tell you what exercises to do and custom build your menu with all the foods that you like. Just like a custom dress, this fits your body. Our goal is to lose a million pounds around the world, and we’re inching our way there.”

For the ambitious, the self-made tycoon parts with the following words of wisdom; “Firstly, what are you feeding your mind every day? You have to immerse yourself in the world of a positive mindset. It must be all positivity from mentors, entrepreneurs, those you take advice from. Secondly, ask yourself, are you a good starter and a bad finisher? Fix those habits. What simple things haven’t you been able to accomplish? Cleaning your home, doing your laundry, making your bed. You need the little wins in life, to recondition you. If you cannot handle cleaning out the attic or throwing out old clothes, how can you handle becoming successful in taking on a new task? How you do one thing is how you do everything. Reverse engineer and correct some of those mistakes and once you do that, you start convincing yourself, ‘I’m a different person, because of X, Y and Z, I was able to do this.’ Write down your goals, knock all those small things out, then get to business.”

Filled with insights into Lolli’s inspirational rags-to-riches rise to the top and bursting with practical advice for real estate newcomers and veterans alike, The Heart of the Deal is essential reading for anyone with big dreams and the drive to make them come true.

The Heart of the Deal: How to Invest and Negotiate like a Real Estate Mogul by Anthony Lolli is available now.

The most valuable player in esport history

Venice Beach eat your heart out!