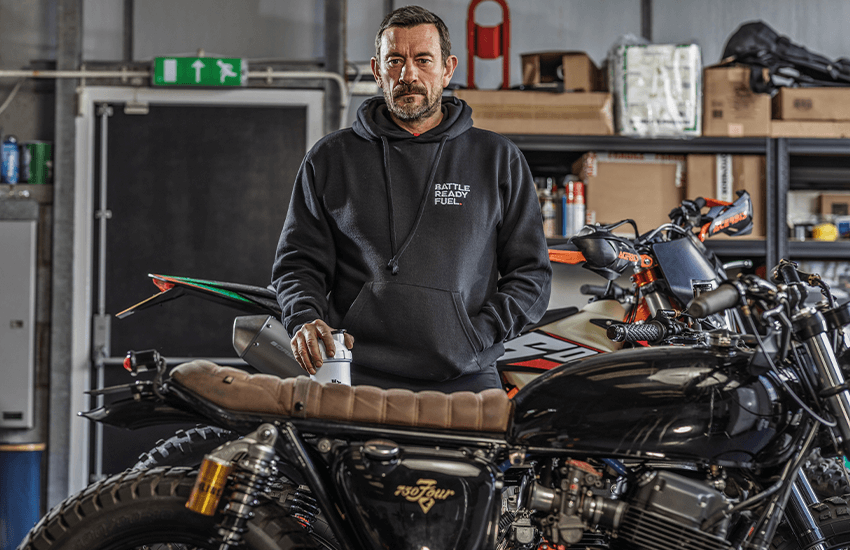 How SAS: Who Dares Wins Star Ollie Ollerton Found the Mental Fortitude to Overcome Adversity After Pushing the Self-destruct Button

“It was total self- destruction. I was smoking, drinking, and taking drugs. I even started thinking about suicide.” The inspirational account of how Ollie Ollerton utilized mental programming to beat his demons.

Ex-special forces Ollie Ollerton of the SAS: Who Dares Wins hit Channel Four series fame, deep dives into the military mindset of all things mental health and why it’s so important to get out of your comfort zone.

“I meditate most mornings as part of my routine,” begins Ollie. “This is where the mindset really starts stepping in. When it comes to goal setting, I don’t focus on ‘how’, I focus on ‘why’. Because once we know ‘why’ the ‘how’ becomes easy.

“It’s the exact the same way I got into the Special Forces. I wasn’t focused on how I was going to do it. I fell in love, I created the vision of actually being a Special Forces operator, and I made that passion a reality.”

In order to optimally visualize a goal or outcome, Ollie explains how the body and mind work in unison.

“When you separate mental and physical fitness, there becomes a real disconnect that really affects your progress,” he explains. “People think the mind and the body are two separate things, but they’re not. You have to use the mind to do absolutely everything. I would put the mind before the body, because one thing for certain is that you can’t do anything without the mind. 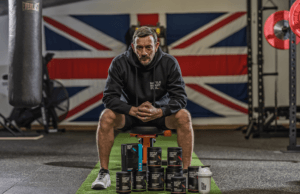 “Without mindset, we live within these limitations. We’ve got all this negative programming going on around us, and we’re predominantly wired negatively as human beings. It’s the basic survival blueprint that we’ve got within us. It’s about having a mind management program to remove that negative language.

“Goals start in the mind. Our subconscious mind is a goal-getting machine that stops at nothing until it gets what our dominant thoughts focus on. There’s no stronger drive within any one of us than our blueprint. We don’t even know it. It’s subconscious behavior. Every person is driven by what their dominant thoughts are, so we have to really make sure that we start to choose language in our minds that takes us where we want to be. We have 70,000-100,000 thoughts every single day. You’ve only got to look at the news. Everything around us is programmed to make us feel negative and keep us controlled. We need to get rid of that trash inside our minds. Meditation was such a game-changer for me. It enabled me to focus on the right intentions and stop the washing machine thoughts.”

Ollie maintains acceptance of setbacks is equally as important as striving for greatness.

“Our best weapon is failure,” he says. “We live in a world where everyone’s faking perfection. You’ve only got to look at social media, everyone’s faking it on there. It’s really about starting to understand that if you fail, it’s because your goals are big enough. If you’re never failing, something’s wrong. It’s only a true failure in its well-known sense if it stops you from striving forward towards your goal.”

Following the most humbling experience of his life, Ollie found himself facing dark times, before rising to launch Break Point and channeling his energy into helping others.

“Our minds are addicted to repetition. A lot of the time, depression is just the mind telling us to make some changes.

“Rescuing kids in Thailand from child prostitution and slavery was the most humbling experience I’ve ever had. It made me understand the power of helping other people. I paid to go and do that. I paid for the operation, but it was the best return on investment that I’ve ever had. Then there was a thing in the global news about the work we were doing. It caused a political incident and we had to escape from Thailand. I headed to Australia, and I pushed the self-destruct button.

“It was not pretty. It was total self- destruction. I was smoking, drinking, and taking drugs. I even started thinking about suicide. I was in a real state. I locked myself in a house for three months because I knew I had to make changes. I put myself through a discipline program every day, and I came out of that house a totally different person. Then I was in a position to start Break Point.”

Ollie continues to practice extreme levels of discipline to maintain a healthy balance in his day-to-day life.

“I’m juicing all week, it’s hideous,” he says. “The first day or two you feel so flat that you’re asking yourself why your life truly exists. The reason I’m doing it is that it’s a body reset. It’s almost like when you empty the recycle bin on your computer, you get rid of all that old rubbish that’s in your system, and you start with a fresh system. It’s my fourth day today, and I’ve actually started eating real food. But basically, that’s a short shock to the system to really flush everything through and make sure I’m at a reset before I start my eating plan again, which I will ensure is very clean and consistent. I love sweets, hot cross buns, and all that. So, getting rid of that trash with a blend of celery, carrots, beets, garlic, and cucumber feels great on the system.

“I go to bed around nine and get up at five o’clock every day, go downstairs, and meditate in my sauna, then do my exercise routine before I start work. Discipline is so important for me; it’s more important than actually thrashing myself physically. It’s about respecting the body and mind equally.”

“That’s what Break Point is all about. It’s a disruptive change to habitual behavior in line with a predetermined goal. That is Break Point”

Ollie shares harsh but sound advice for those of us lacking mental clarity.

“If you’re in a bad place, switch off from social media,” he says. “Instead, start to write down your goals. Remember; the more we focus on what we hate, the bigger it becomes. It’s so important to visualize your goals, but at the end of the day, you can’t ‘outthink’ a problem. You have to take action. If you’re stuck in a rut or lack direction, the best thing is to get out of your environment. We’re caught in this repeat habit loop. Our minds are addicted to repetition. A lot of the time, depression is just the mind telling us to make some changes. Do something different.

“That’s what Break Point is all about. It’s a disruptive change to habitual behavior in line with a predetermined goal. That is Break Point.

“We’re addicted to the comfort zone. We as humans are so good at getting comfortable in our discomfort. Initiating a disruptive change is about changing your routine and doing something different, but it’s got to be in line with somewhere that you want to be.

“We need to be challenged. We were born from struggle. We’ve evolved through struggle. We need stress in our lives at a manageable level, because for a number of reasons, it makes us feel alive. That’s why a lot of people die as soon as they leave work.

THE ULTIMATE TEST THAT MOST ARE DENIED!

Have you ever wondered just how physically and mentally tough the SAS selection process is? Then this is the event for you. The SAS selection is the most arduous and rigorous selection and training program in the world. For most mere mortals, this is the test that pushes humans to their upper most limits of athletic and mental abilities.

For over 30 hours you will be fully immersed, pushed both physically and mentally. But not everyone will make it to the end. Run directly by Ollie Ollerton and his team of carefully selected directing staff. Applicants will be given a six-week preparation program, so they arrive at the event BATTLE-READY.

FITNESS: LEVEL 5+ – YOU SHOULD BE EXTREMELY FIT AND ACTIVE. PLEASE DO NOT BOOK ON TO THIS EVENT UNLESS YOU MEET THIS CRITERIA.

Your next read- Special Forces TV Star Ollie Ollerton On Teaming Up With 14 Peaks Hero Nims To Summit A Mountain.