A Pocket Full of Do

Marketing guru and design whizz, Chris Do talks taking his flair for design mainstream by teaching people how to make a living doing what they love.

“I’m a traditionally trained graphic designer” begins Chris as he dons his branded snap cap as a testament to his marketing savvy.

“In 2014, a friend of mine invited me to get on to YouTube to launch a product. Somewhere along the way, I started to realize the potential of that platform isn’t just another vehicle to market and sell to people, but actually to build a community to teach people. And so, it was that hypothesis that started us in a different direction with the channel to make content around branding identity design.

“We started to dip into giving people help with how to bid, how to price, and how to negotiate. Since then, we’ve now grown to over a million subscribers on YouTube, half a million on Instagram and almost 300,000 LinkedIn. Something fundamentally changed inside my heart, in that for the first time in my life, I felt really connected to my mission, my purpose. Sometimes people describe that as your genius work, the work that has meaning, that matters, that makes an impact in the world” he beams.

As his notoriety in the design world spiraled, Chris caved into demands from fans to pen his first book. “People were saying ‘you need to write a book’. I don’t consider myself an author, but they kept pushing me. And so, I finally said, ‘okay, fine, we’re going to write a book’. It was torturous. It was horrible. Every page I wrote, I was like ‘this is dumb, this is stupid. This is a common sense who would want to know this stuff?’ That’s what I kept telling myself, so it was a very painful process and took a lot longer to finish.”

“If you start to look at things differently, you’ll make different decisions” 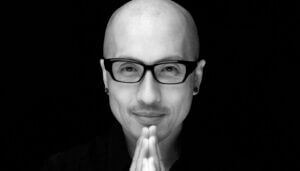 ‘Pocket Full Of Do’ launched to huge critical acclaim, with one particularly poignant segment hitting a nerve with readers. “I wrote about how you’re good enough, and you need to be kind to yourself. If you start a conversation and you’re in the swing towards self-loathing, you’ve already failed. You’re going
to undercut your prices; you’re going to present yourself as a person who’s not worthy and deserving of the money in the project that you rightfully command.

“If you keep saying I love you to something enough times, you’ll start to believe it. And the opposite is true, too. If you start saying I hate you, you’re annoying, you’re worthless, then that’s also going to become true. I think that’s also the reason why actors fall in love with each other. If you pretend long enough, you start to believe.”

Wise beyond his years, Chris’ mindset is truly a work of art of itself. “You’re focused on muscle and health, right? Everybody wants to have the six pack abs, but they want some miracle diet pill, they want to take a shortcut. But the truth is, it’s inside your mind. And that’s the same with design in business. If you have a healthy mind, if you start to look at things differently, you’ll make different decisions. Your operating system is the thing that needs to be updated. In order for you to achieve something, you must first believe it to be true. If you’ve resigned to your station in life, you only look for opportunities that are going to yield a certain amount of money. Open your mind and say what can we do in a year? All of a sudden you make different decisions. You must give yourself permission to be that successful. 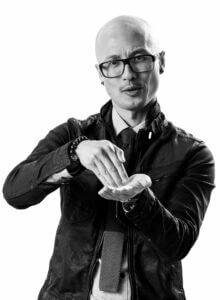 “I’m extremely grateful for anybody that shows up to consume a piece of our content. Because I’ve quantified our goal. It’s a big, hairy, audacious goal, which is to teach a billion people how to make a living doing what they love. I initially started the channel writing content for creative people, but I’m starting to realize that it’s reaching all kinds of people. And there’s something wonderful about the universal nature of humans. It doesn’t matter how old or young you are, where you live, your socio-economic makeup, there’s things that pull us together, I want to focus on those parts, versus trying to push us apart. So, when I talk about having a growth mindset, versus a fixed or limited mindset, that’s applicable to everyone. If I say ‘you have to learn how to love yourself before others can love you’ although I’m directing that towards a creative community who struggles with this, who doesn’t need to hear that? So, if you’re curious, I would love for people to go and watch one of our videos on ‘The Futur Is Here’ on YouTube.

Keep in touch with Chris via insta @thechrisdo and @thefuturishere  and check out his 1 Billion mission at thefutur.com

Get an exclusive backstage pass to Chris’ full interview on the Muscle and Health podcast right here.